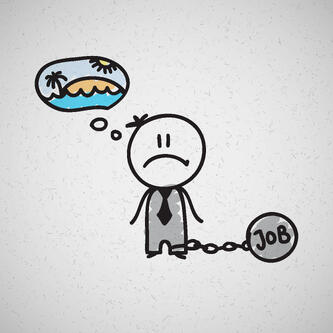 It’s happening right now, in offices all across the country. Employees are zoning out. Taking longer lunches. Swapping their favorite recipes for guacamole and pasta salad instead of sharing the latest traffic reports.

It’s officially summertime. Are you scared yet?

Many business leaders have come to expect a slower work pace during summer months. But is this seasonal drop in team performance really unavoidable? Here are some summer performance FAQs, along with a smattering of “summer casual” research to consider over the coming weeks…

Is it true that employees are less productive during summer months?

If you believe the results from a 2012 study of white-collar American workers, then yes, summer poses an objective threat to team performance and productivity. According to the study, workplace productivity declines by about 20 percent between June and September. Specifically, warmer weather prompts decreased attendance (19 percent lower) and increased distraction levels (45 percent higher than the norm).

In theory, they can. One study cited in a recent Forbes article suggests that “work clothes” impact employee alertness and attention. The findings are corroborated by a fashion psychologist (we didn’t know this title existed either), who explains that clothing gets assigned with certain characteristics (e.g. professional vs. fun), which owners adopt when wearing them. So when office attire starts inching toward a Jimmy Buffet tailgate, the matching attitude (“it’s five o’clock somewhere…”) may not be far behind.

The research seems to be inconclusive on this one. No doubt, much depends on unique workplace cultures and the individual employees involved. An employee opinion survey cited by Bloomberg Businessweek reports a whopping majority (76 percent of workers) claim productivity gains as a result of summer Fridays. Meanwhile, the aforementioned white-collar study shows the reverse. Employees who left early on Fridays reported a 53 percent drop in personal productivity. And making up for curtailed Friday hours by working longer on Monday through Thursday exacerbated stress levels by 23 percent.

What about the theory that Americans are just notorious workaholics?

Workaholic Americans make for a popular headline in 2014. And in fact, only one in four U.S. professionals uses all of her paid vacation days during the year. Even when enjoying vacation entitlements, 61 percent continue to work. These are the findings from a recent Harris Interactive poll; they support the notion that Americans—as compared to global peers—are encumbered by a rigid work ethic, competitive workplace cultures, and insufficient work/life balance guidelines.

When it comes to effective leadership and team performance, should employers be trying to reverse this trend? SHRM research says yes. HR professionals are in agreement: vacation days promote higher levels of job satisfaction, increased productivity, and deeper engagement.

Is there anything managers can do to ensure vacation time is taken?

Yes, again! Johanna Harris, a former trial attorney with the U.S. Department of Labor, and most recently the CEO of Hire Fire and Retire, LLC, has some great ideas for mandating employee vacation time. She outlines the ways companies can build vacation time into personnel practices, department-specific project timelines, or even into employees’ and managers’ annual evaluations. In the last case, failure to disengage and regroup at some point during the work year would spell poor marks for leaders.

So what’s your take on productivity in the summer? Does your company address the challenge with specific programs and allowances? Or do you think seasonal team performance differences are just… a lot of hot air? We’d love to hear your comments!