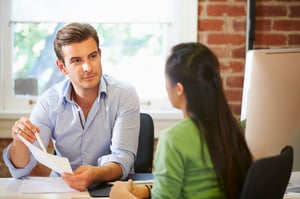 While many leaders give themselves high marks for their communication and listening skills, team members often identify "communication issues" as frequent leadership pain points.

For those interested in improving their ability to listen and communicate effectively, there are numerous theories worth investigating. Understanding the foundation of effective communication and the fundamentals of active listening empowers leaders to resolve conflict, instill teamwork, and create a workplace environment built on mutual respect.

Those in positions of leadership are commonly pulled in several directions simultaneously, having multiple issues competing for their attention at the same time. As a result, those under the supervision of a distracted supervisor often feel like management doesn't take their input seriously.

When those entrusted with leadership positions take the time to identify their listening habits, they have a better understanding of where they could benefit from improvement. Most listening falls into one of the following three categories:

Combative listening is the listening style of those whose goal is to push their own view or opinion. Rather than actively listening to the message of the person initiating communication, combative listeners are formulating a counterattack, waiting for opportunities to hijack the conversation and interject their view. Combative or competitive listeners are consistently analyzing discourse to identify flaws in their counterparts thought processes.

While the passive attentive listener may be interested in what a coworker is communicating; they are not to a point in the conversation where they are willing to commit to a response. It is the lack of response that causes those trying to initiate communication to feel they are not taken A person trying to communicate with a passive listener may feel the listener is uninterested in the conversation. They may also be left wondering if the intended message was correctly understood.

It's essential for those who strive for workplace excellence to make the time to listen actively. Leaders who consciously engage their active listening skills are more likely to connect with their team and have the skills necessary to lead an increasingly diversified workforce.

To understand the necessity of active listening, it may be helpful to understand a few basic principles of communication. It was Ancient Greek philosopher Aristotle who first argued that when people communicate, it is the receiver of that message who ultimately determines the meaning.

In 1960, communication theorist, David Berlo expanded on previous work to identify the individual components of communication, the influencing factors that occur before a message is sent and after the message is received.

The message is the information that is sent from the sender to the receiver. There are many types of messages, including spoken messages, text, video, or other media. The sender intends for their message to be interpreted in a particular way, so they translate the message into a code they believe will be understood by the receiver.

The channel is the format used to send the message. It is the sender who determines the channel. While there is much focus in leadership communication placed on verbal communication, messages can be relayed through any medium that involves the senses including written communication, diagrams, or video presentations.

In reality, the communication process is not generally as smooth as described in this linear model. In Berlos' model, after the message is sent, it can be distorted, causing the receiver to receive only part of the message if any at all. The message may not be as clear as the sender anticipates. Berlo's communication model does not allow for two-way communication.

Active listening combats the distortions that occur within the messaging systems by acknowledging that distortions will inevitably occur. For communication to be interpreted correctly, there needs to be a consistent method of breaking through those distortions.

To clarify the message, and assure the message is received as the sender intends requires confirmation between the sender and the receiver. In his recently published guide book Active Listening: Improve Your Ability to Listen and Lead, Michael Hoppe of the Center for Creative Listening, breaks the active listening approach into six essential skills. Consider the following interpretation:

When leaders understand the basis of active, passive, or combative listening and recognize their areas for improvement, they have the opportunity to improve their skills.

While practicing the six skills of active listening will help foster effective, relationship-building communication, it's important to focus beyond the words. Active listeners also need to be aware of the non-verbal cues they project. Consider the following suggestions:

Active listening skills take practice to master. Many people find they are more comfortable incorporating their new-found listening skills in the workplace after practicing on their own. For interactive, engaging leadership training programs visit NexaLearning. The most effective leaders are those who understand the intricacies and subtleties of active listening.

Download our whitepaper "Guide to Interpersonal Communication Skills at Work". We are not all the same, we don't all approach things the same way. When you learn about behavioral styles, the end result is you can better lead people and realize what motivates them, as unique individuals.